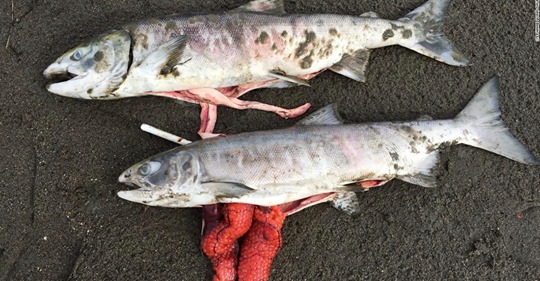 Alaska has been in the throes of an unprecedented heatwave this summer, and the heat stress is killing salmon in large numbers.

Scientists have observed die-offs of several varieties of Alaskan salmon, including sockeye, chum and pink salmon.
Stephanie Quinn-Davidson, director of the Yukon Inter-Tribal Fish Commission, told CNN she took a group of scientists on an expedition along Alaska’s Koyukuk River at the end of July after locals alerted her to salmon die-offs on the stream. 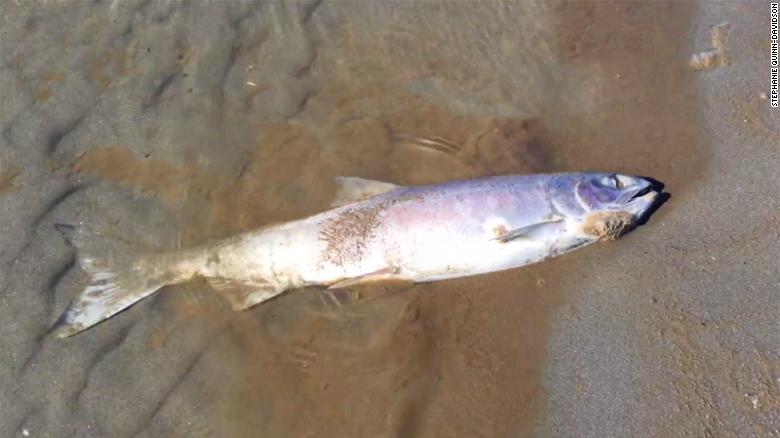 She and the other scientists counted 850 dead unspawned salmon on that expedition, although they estimated the total was likely four to 10 times larger.

They looked for signs of lesions, parasites, and infections, but came up empty. Nearly all the salmon they found had “beautiful eggs still inside them,” she said. Because the die-off coincided with the heatwave, they concluded that heat stress was the cause of the mass deaths.

Quinn-Davidson said she’d been working as a scientist for eight years and had “never heard of anything to this extent before.”
“I’m not sure people expected how large a die-off we’d see on these rivers,” she said.

The heatwave is higher than climate change models predicted
The water temperatures have breaking records at the same time as the air temperatures, according to Sue Mauger, the science director for the Cook Inletkeeper.

Scientists have been tracking stream temperatures around the Cook Inlet, located south of Anchorage, since 2002. They’ve never recorded a temperature above 76 degrees Fahrenheit. Until now.

On July 7, a major salmon stream on the west side of the Cook Inlet registered 81.7 degrees.
Mauger said she and her team published a study in 2016, creating models outlining moderate and pessimistic projections for how climate change would drive temperatures in Alaska’s streams.

“2019 exceeded the value we expected for the worst-case scenario in 2069,” she said.
Mauger said that the warm temperatures are affecting salmon in various ways, depending on the stream.
“Physiologically, the fish can’t get oxygen moving through their bellies,” Mauger said. In other places in the state, the salmon “didn’t have the energy to spawn and died with healthy eggs in their bellies.”

Salmon under threat
Salmon populations are under stress from other angles as well.
Overfishing is threatening salmon further south in southwestern Canada and northwestern Washington. Orca whales, which are themselves endangered, feed on salmon. 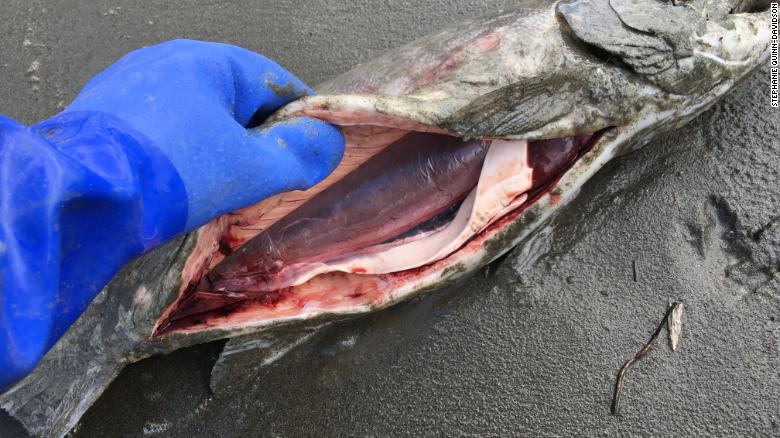 With fewer salmon to eat, populations of orca whales have steadily declined over the past decades.
And last week the Environmental Protection Agency told staff scientists it would no longer oppose a mining project in Alaska that had the potential to devastate one of the world’s most valuable wild salmon fisheries, just after President Trump met with Alaska’s Gov. Mike Dunleavy.

But in other areas, things are looking up. “Salmon are very resilient. They’ve overcome a lot,” said Mary Catharine Martin, a spokeswoman for the non-profit Salmon State.

Alaska’s Bristol Bay, the largest sockeye salmon fishery in the world, is annually seeing boom times for salmon returns, and in 2016 celebrated the 2 billionth salmon caught in its waters, after more than a century of commercial fishing.

“That’s very good,” she said. “Salmon have sustained the way of life of the people of Alaska for thousands of years.” 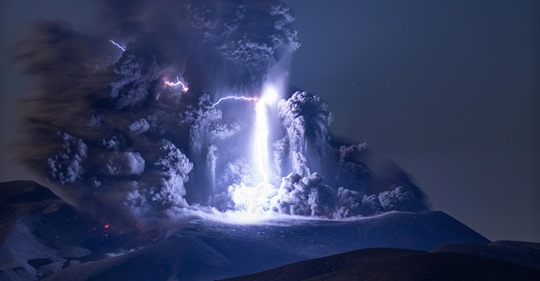 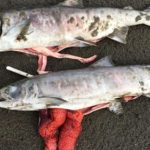