What if you didn’t need surgery to implant a pacemaker on a faulty heart? What if you could control your blood sugar levels without an injection of insulin, or mitigate the onset of a seizure without even pushing a button?

I and a team of scientists in my laboratory at the Salk Institute are tackling these challenges by developing a new technology known as sonogenetics, the ability to noninvasively control the activity of cells using sound.

FROM LIGHT TO SOUND
I am a neuroscientist interested in understanding how the brain detects environmental changes and responds. Neuroscientists are always looking for ways to influence neurons in living brains so that we can analyze the outcome and understand both how that brain works and how to better treat brain disorders.

Creating these specific changes requires the development of new tools. For the last two decades the go-to tool for researchers in my field has been optogenetics, a technique in which engineered brain cells in animals are controlled with light. This process involves inserting an optic fiber deep within the animal’s brain to deliver light to the target region.

When these nerve cells are exposed to blue light, the light-sensitive protein is activated, allowing those brain cells to communicate with each other and modify the animal’s behavior. For example, animals with Parkinson’s disease can be cured of their involuntary tremors by shining light on brain cells that have been specially engineered making them light-sensitive. But the obvious drawback is that this procedure depends on surgically implanting a cable into the brain – a strategy that cannot be easily translated into people.

My goal had been to figure out how to manipulate the brain without using light.

SOUND CONTROL
I discovered that ultrasound – sound waves beyond the range of human hearing, which are noninvasive and safe – is a great way to control cells. Since sound is a form of mechanical energy, I figured that if brain cells could be made mechanically sensitive, then we could modify them with ultrasound. This research led us to the discovery of the first naturally occurring protein mechanical detector that made brain cells sensitive to ultrasound.

Our technology works in two stages. First we introduce new genetic material into malfunctioning brain cells using a virus as a delivery device. This provides the instructions for these cells to make the ultrasound-responsive proteins.

The next step is emitting ultrasound pulses from a device outside the animal’s body targeting the cells with the sound-sensitive proteins. The ultrasound pulse remotely activates the cells.

PROOF IN WORMS
We were the first to show how sonogenetics can be used to activate neurons in a microscopic worm called Caenorhabditis elegans.

Using genetic techniques, we identified a naturally occurring protein called TRP-4 – which is present in some of the worm’s neurons – that was sensitive to ultrasound pressure changes. Sound pressure waves that occur in the ultrasonic range are above the normal threshold for human hearing. Some animals, including bats, whales and even moths, can communicate at these ultrasonic frequencies, but the frequencies used in our experiments go beyond what even these animals can detect.

My team and I demonstrated that neurons with the TRP-4 protein are sensitive to ultrasonic frequencies. Sound waves at these frequencies changed the worm’s behavior. We genetically altered two of the worm’s 302 neurons and added the TRP-4 gene that we knew from previous studies was involved with mechanosensation.

We showed how ultrasound pulses could make the worms change direction, as if we were using a worm remote control. These observations proved that we could use ultrasound as a tool to study brain function in living animals without inserting anything into the brain.

THE ADVANTAGES OF SONOGENETICS
This initial finding marked the birth of a new technique that offers insights into how cells can be excited by sound. Additionally, I believe that our results suggest that sonogenetics can be applied to manipulate a wide variety of cell types and cellular functions.

C. elegans was a good starting point for developing this technology because the animal is relatively simple, with only 302 neurons. Of these, TRP-4 is in only eight neurons. So we can control other neurons by first adding TRP-4 to them and then directing the ultrasound precisely at these specific neurons.

But humans, unlike worms, do not have the have the TRP-4 gene. So my plan is to introduce the sound-sensitive protein into the specific human cells that we want to control. The advantage of this approach is that the ultrasound won’t interfere with any other cells in the human body.

It is currently not known if proteins other than TRP-4 are sensitive to ultrasound. Identifying such proteins, if there are any, is an area of intense study in my lab and the field.

The best part about sonogenetics is that it doesn’t require a brain implant. For sonogenetics, we use artificially engineered viruses – that are unable to replicate – to deliver genetic material to brain cells. This allows the cells to manufacture sound-sensitive proteins. This method has been used to deliver genetic material to human blood and heart muscle cells in pigs.

Sonogenetics, though still in the very early stages of development, offers a novel therapeutic strategy for various movement-related disorders including Parkinson’s, epilepsy and dyskinesia. In all of these diseases, certain brain cells stop working and prevent normal movements. Sonogenetics could enable doctors to turn on or turn off brain cells at a specific location or time and treat these movement disorders without brain surgery.

For this to work, the target region of the brain would need to be infected with the virus carrying the genes for the sound-sensitive protein. This has been done in mice but not yet in humans. Gene therapy is getting better and more precise, and I am hoping that other researchers will have figured out how to do this by the time we are ready with our sonogenetic technology.

EXTENDING SONOGENETICS
We have received substantial support to advance this technology, fuel the initial study and establish an interdisciplinary team.

With additional funding from Defense Advanced Research Projects Agency’s ElectRx program, we can focus on finding proteins that can help us “turn off” neurons. We recently discovered proteins that can be manipulated to activate neurons (unpublished work). This is crucial for developing a therapeutic strategy that can be used to treat central nervous system diseases like Parkinson’s. 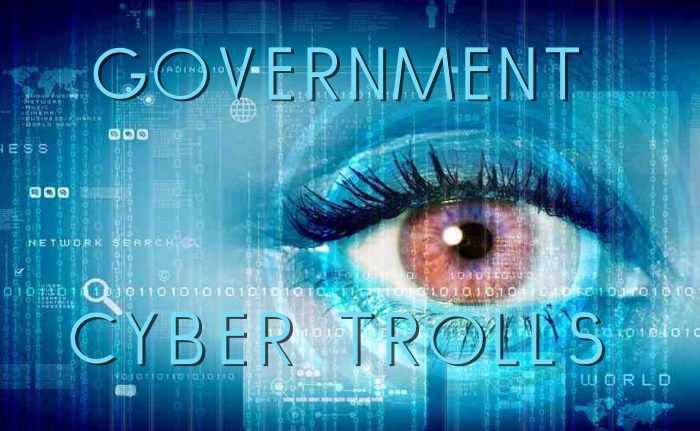 Internet Trolls May be Trained Government Agents According to Leaked Document 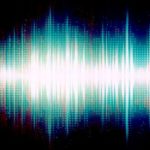