Photos from INSIDE Chemtrail Planes Revealed 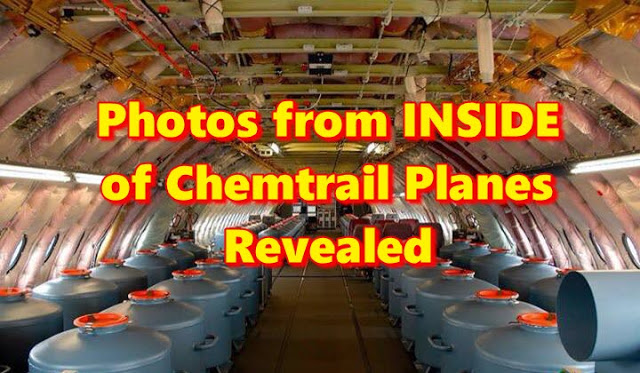 This is a much discussed and controversial subject ever. The photographs shown here clearly indicates that these high-pressure cylinders inside the plane contain chemicals, and the vents are clearly shown as well. The fact that these photographs were leaked out, the concerned authorities must be very worried and trying its best to cover this up as well.
The chemtrails, unlike contrails, last for much longer, and it lingers up there in the sky for a long time. On the contrary, Condensation Trails are when hot water vapor coming out of plane engines or rockets meets the cold air it forms clouds due to its condensation. This type of clouds does not linger around for too long and dissipate fast. Chemtrails are being reported in various countries, and there has been a general public unrest regarding this matter and a conspiracy theory has been suspected. These chemtrails have been sighted decades ago and are believed to be chemicals which are sprayed to poison the human population and make them unhealthy. The chemicals analyzed from soil samples indicate that it contains chemicals like Barium, Aluminium to name a few.

We are being poisoned by Chemtrails

These chemicals are poisonous to soil and affect the plants and ultimately humans. The question arises why are they doing this? The aviation department explains that it is concerned with aviation and climatic control. But the conspiracy theory states that it is to make the population unhealthy and weak to control the population and bring it down to significant numbers. This could be one of the plans of the Illuminati in conjunction with the government authorities.
To realize its aims, these people can be ruthless and can go to any extent to realize their plans for the future in shaping the future earth, like they have been doing till now. Chemtrails should be immediately stopped now, and people should raise their voice against this poisoning and demand an explanation. We are not scaped goats. Well done to the person who leaked these photographs out.
These are the photos I received: 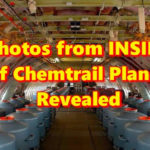 You are reading
Share No Comment
- Advertisement -
© Copyright 2018 Planet X News All Rights Reserved All videos, photographs and articles are protected by copyright and distributed under licenses restricting copying, distribution and decompilation.
We use cookies to ensure that we give you the best experience on our website. If you continue to use this site we will assume that you are happy with it.Ok